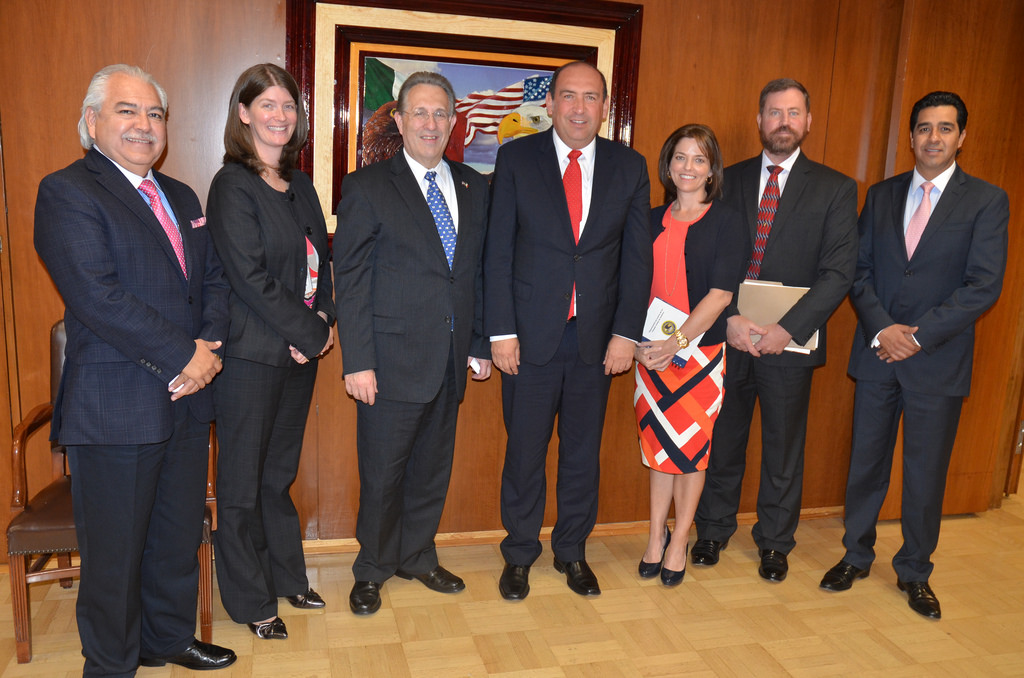 Mexico City, October 8, 2014 – U.S. Ambassador Anthony Wayne welcomed Coahuila Governor Rubén Moreira Valdez and members of his team today to discuss the Governor’s initiatives to improve security and citizens’ rights in the state, and to increase the presence of U.S. tourists and businesses.  The two also discussed Merida Initiative programming in Coahuila.

Ambassador Wayne congratulated the Governor on becoming the first state after the Federal District to legalize same-sex marriage and to extend equal benefits to same-sex couples, paving the way for greater equality in the state of Coahuila.

The Governor spoke of his role on a national commission to strengthen police certification and selection, and the importance of creating a more professional police force at the state and local level throughout Mexico.  He also noted his administration’s efforts to strengthen security and foster a culture of lawfulness in the state, which would also benefit U.S. citizens and businesses in the border state.  Ambassador Wayne welcomed Mexico’s recent approval of a nation-wide police professionalization standards program (Programa Rector de Profesionalización, PRP), and noted that the U.S. Embassy is working closely with the federal government to develop programs in all 31 states and the Federal District that support the Programa Rector.