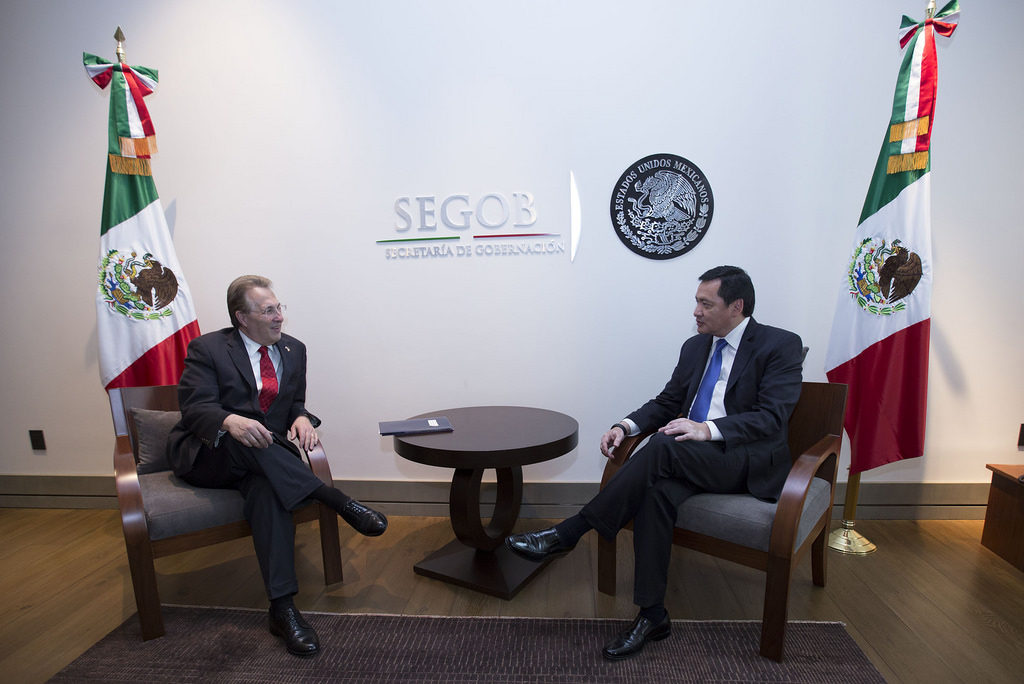 Secretary Osorio Chong and the Ambassador agreed that Mexico and the United States must continue their close collaboration on finding solutions to these issues even as they work to deepen cooperation with the countries of Central America.  Ambassador Wayne and Secretary Osorio Chong also discussed the excellent collaboration between the two countries on the Merida Initiative and ongoing U.S.-Mexico security and law enforcement cooperation.