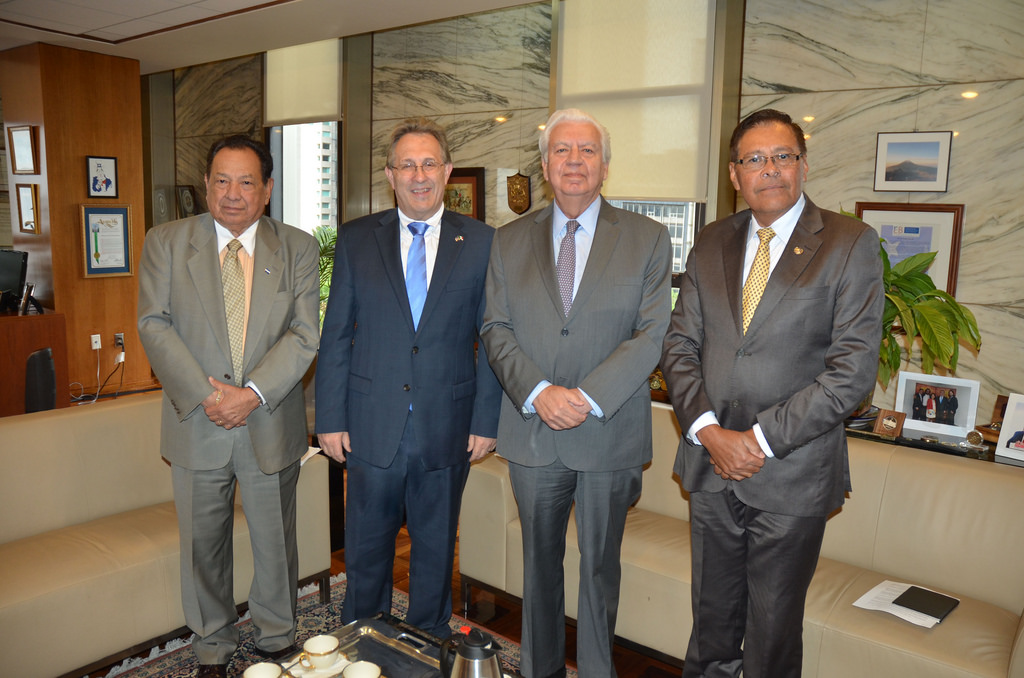 Mexico City, July 01, 2014 – Ambassador Wayne met with the Ambassadors to Mexico of El Salvador Carlos Antonio Ascencio Girón, Guatemala Fernando Andrade Díaz-Durán, and Honduras José Mariano Castillo Mercado, on June 30 to discuss issues related to unaccompanied migrant children, including the agreements made in the Managua Extraordinary Declaration that came out of the XIX Vice-Ministerial Meeting of the Regional Conference on Migration, to which all four countries were participants.  The regional conference was held from June 26 – 27 in Managua, Nicaragua, and included representatives of Belize, Canada, Costa Rica, the Dominican Republic, El Salvador, Guatemala, Honduras, Mexico, Nicaragua, Panama and the United States.

In his meeting with the three Central American ambassadors, Ambassador Wayne emphasized how important it is for our countries to work together, and with Mexico, to implement shared commitments in the Managua Extraordinary Declaration.  He underscored the urgency to protect children through the extension of all available resources at the earliest point possible through consular networks, identification mechanisms, partnerships with civil society, as well as the access and support of international protection where appropriate.  He also highlighted the need to provide accurate information to families about the dangers of irregular migration and the unavailability of immigration benefits (“permisos”) for those who arrive in the United States in order to counter the misinformation propagated by human smugglers.  His guests agreed that an information campaign must be a priority.

The four ambassadors discussed the commitments by their governments in the Managua Declaration to undertake coordinated actions to detect traffickers, smugglers, and related crimes, in order to discourage irregular flows, including the trafficking and smuggling of UACs, which has resulted in the current humanitarian crisis.  The many factors that explain the increasing level of UAC migration were also discussed, as well as the need to develop social and economic programs in the three Central American countries to address the structural causes of this increased migration.

The Ambassador also discussed the need for regional cooperation and sufficient resources to implement reintegration programs for repatriated children in their communities of origin.  “We are dealing with an urgent humanitarian situation and we cannot underestimate the importance of cooperation in ensuring the safety of these vulnerable migrants,” Ambassador Wayne said.  The Ambassador underscored the vital importance of ongoing cooperation with Mexico in their efforts.

From October 1, 2013, to June 15, 2014, U.S. law enforcement agents apprehended more than 52,000 unaccompanied children entering the United States without required documentation.  This represents nearly twice the number who entered without adult family members during the entire previous year, and the numbers continue to grow.