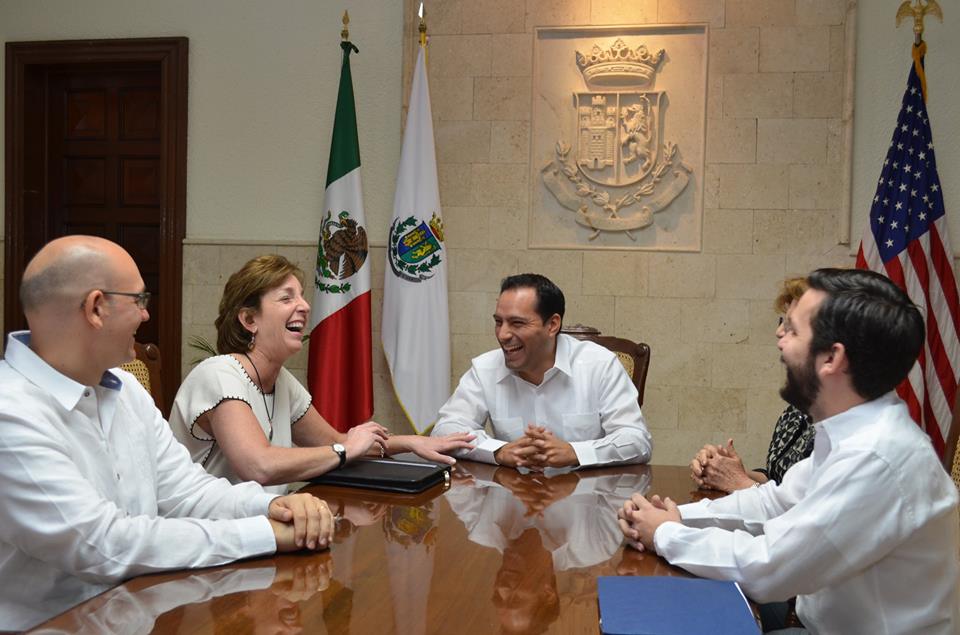 Merida, Yucatan, January 10, 2017 – U.S. Ambassador to Mexico Roberta Jacobson traveled to Merida to continue her outreach around Mexico. During her trip she highlighted educational exchanges, human rights, and free speech.

Ambassador Jacobson noted: “It has been an honor to represent my country in Mexico. This trip is part of the commitment I established upon my arrival to get to know as much of this wonderful country as possible. Mexico is and will continue to be an invaluable ally and trade partner. I deeply thank the people of Merida and Governor Zapata for their warm welcome to the land of the Maya.”

Ambassador Jacobson met with Governor Rolando Zapata at thePalacio de Gobierno to highlight security cooperation and investment. She also met with the Secretary of Research, Innovation and Higher Education Raul Godoy and with former State Department grantees and other members of government and academia at the Science and Technology Park to discuss educational programs in the state.

To highlight academic links between both countries, Ambassador Jacobson visited Universidad Anahuac Mayab where she met with some participants of academic exchange programs and faculty to discuss their accomplishments and hear about their experiences in the United States.

Ambassador Jacobson met with the chair of the Superior Court of Justice of Yucatan Ligia Cortes, with the Attorney for the Defense of Minors and Families, with the Director of the Center for Justice for Women, with the Secretary of the Commission for Implementation of Security and Justice Reform and with the chair of Civil Association for Human Rights to highlight the importance of women’s active participation in government, a critical element of U.S. foreign policy.