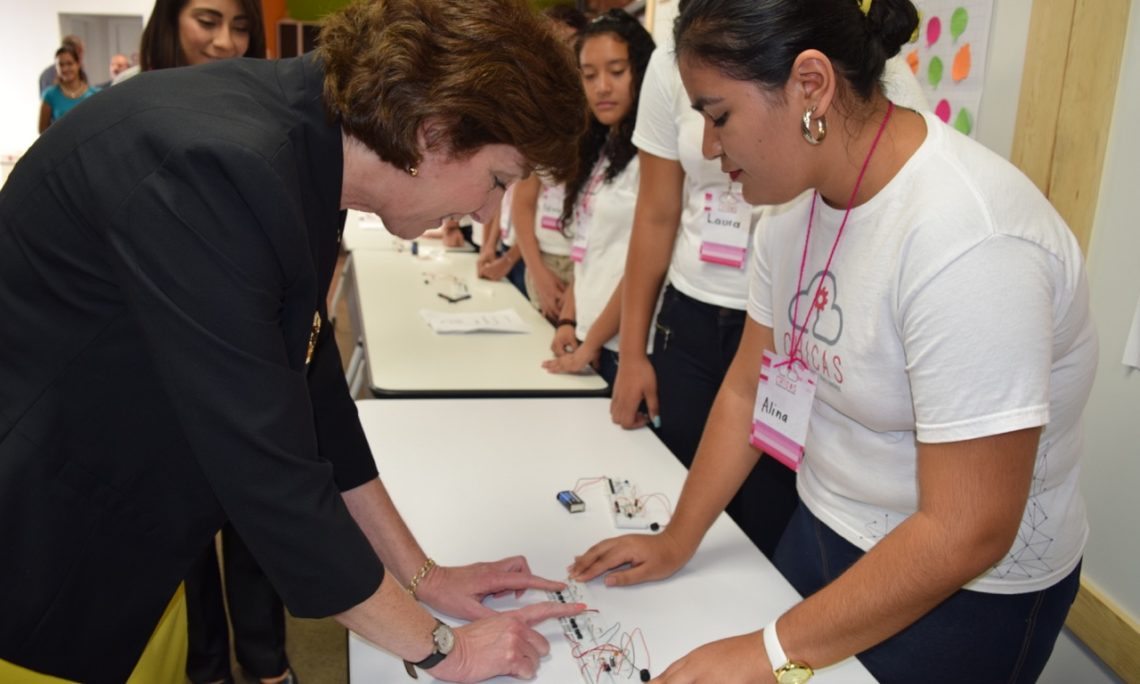 Ambassador Jacobson participated in the 2016 U.S.-Mexico Border Summit at the invitation of the Borderplex Alliance, where she had the opportunity to participate in a panel discussion in El Paso on trade and security with Ambassador of Mexico to the United States Carlos Sada and U.S. Congressman Beto O’Rourke and also inaugurate the conference in Ciudad Juarez.

Emphasizing the economic relationship between El Paso and Ciudad Juarez, the Ambassador said, “Looking at your accomplishments, I am optimistic about our shared future.”

As part of her visit, Ambassador Jacobson opened the first EducationUSA Advising Center in Ciudad Juarez.  The center will begin operations in late August in the Fechac building in Ciudad Juarez.

This morning, Ambassador Jacobson visited the facilities of the Technology Hub and met participants of ChicasSTEM, a program sponsored by the U.S. Consulate General in Ciudad Juarez which offers training to 50 young women ages 12 to 16 in areas of science, technology, engineering, and mathematics.

Ambassador Roberta Jacobson encouraged the participants to “Pursue your passion to become astronauts, develop a cure for a disease, or teach and inspire the next generation to do the same,” while exploring some of the projects that these girls have developed in recent months.