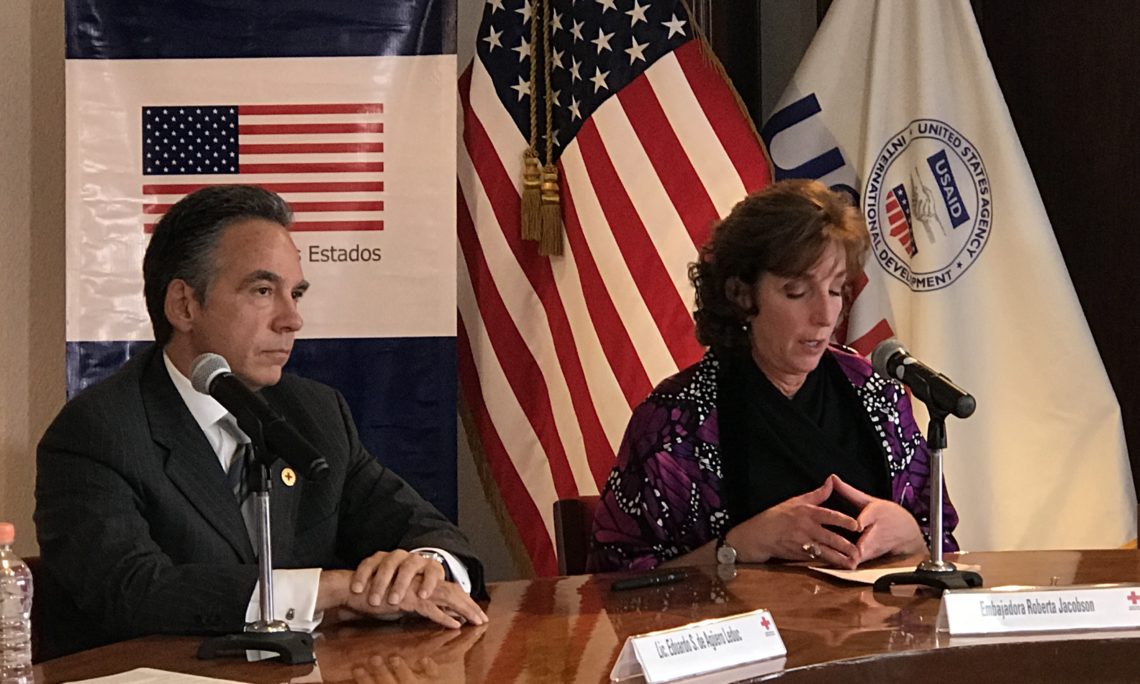 On September 25, 2017 Ambassador Jacobson participated in a donation ceremony with Eduardo S. Aguero Le Duc, Vice President of the Red Cross Mexico.  During the ceremony the Ambassador confirmed $100,000 in U.S. Government assistance to the Red Cross to help vulnerable populations affected by the September 19 earthquake.  In consultation with the Red Cross, the funds will be used to support people with disabilities and other at risk groups, including the rehabilitation of those injured during the earthquake.

Video of the event