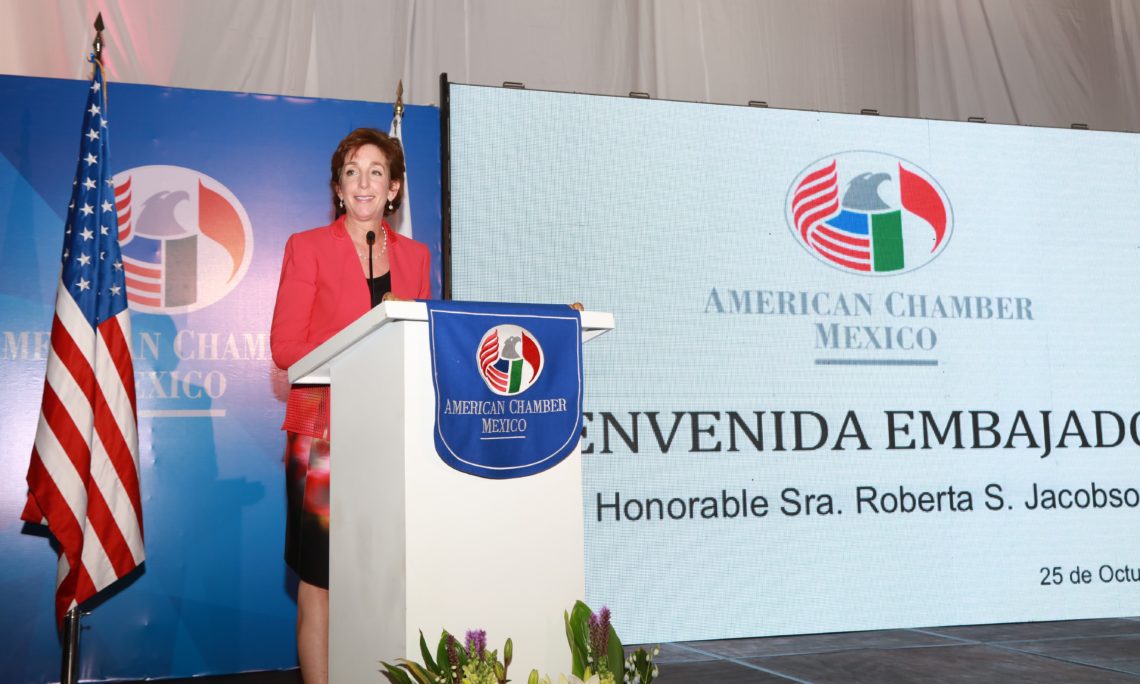 Ambassador Roberta Jacobson visited Guadalajara for the first time in her capacity as Ambassador October 24-26.  As part of her visit, she announced the most recent winners of the 100,000 Strong in the Americas Innovation Fund, promoting educational exchange between the United States and Latin America.  Ambassador Jacobson also opened the Partners of the Americas Partnership 2016 International Conference and visited with exchange alumni and youth at a reception at Consul General Tanya C. Anderson’s official residence.  During a visit to Lake Chapala, Ambassador Jacobson met with U.S. citizens living near the lake to hear about their community and the challenges they face.  In meetings with the local business community, Governor Jorge Aristóteles Sandoval Díaz, Mayor of Guadalajara Enrique Alfaro Ramírez, and Ambassador Jacobson congratulated the region on its efforts to foster innovation and emphasized the key role that U.S.-Mexico commerce plays in that effort.  Ambassador Jacobson ended her trip by celebrating the graduation of fifty rural women leaders from the U.S.-sponsored program Mujeres Gobernando, which has provided public administration training for participants since January 2016, in conjunction with CAMPO AC and ITESO.  This program underlines the Embassy and Consulate’s commitment to promoting gender equality in Jalisco and all of Mexico.