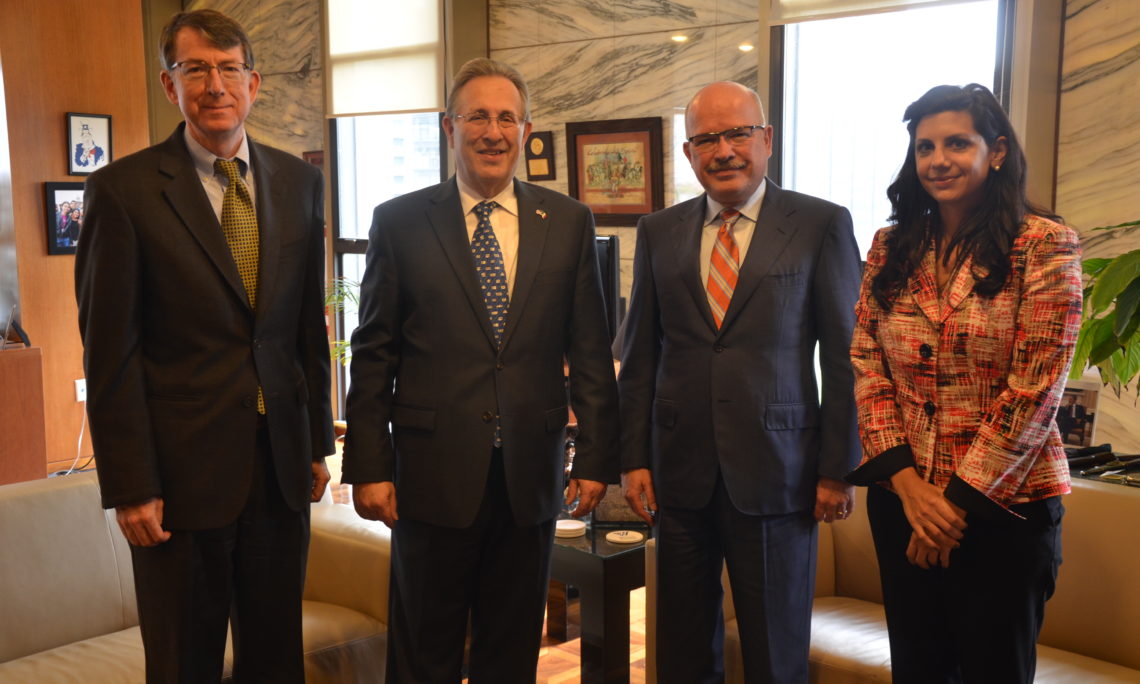 José Zozaya, President of the Mexican Association of Transportation (CMET) and President Kansas City Southern de México, met with Ambassador Wayne to discuss transportation issues.  Zozaya informed the Ambassador about the new Mexican rail regulatory system and how this would promote better rail services for the country by providing greater transparency for customers and by creating an authority to review rail operations.   Ambassador Wayne and Zozaya noted the importance of security in the transportation industry.  Both Ambassador Wayne and Zozaya noted that they are looking forward to the opening of the new Matamoros – Brownsville rail bridge in the months ahead.  As the first new rail bridge across the U.S.-Mexican border in over 100 years, this project marks a new era of transportation integration and cooperation for our two countries.