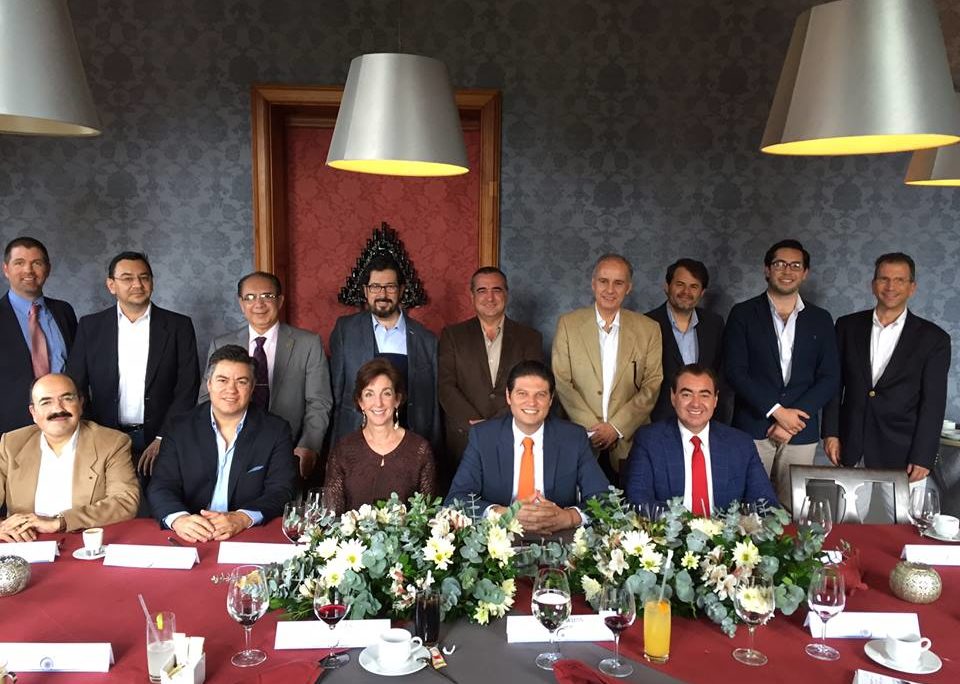 Ambassador Roberta Jacobson was in Morelia today on her first visit to Michoacan since taking office.  While there she met with U.S. alumni and local students to promote opportunities to study in the United States. She also met with civil society leaders, entrepreneurs and government officials who are members of the state’s Mesas de Seguridad, a public-private partnership to increase security across Michoacán.  She first visited Universidad Vasco de Quiroga, host of an EducationUSA advising

center, where she met with students and participated on a panel of U.S. government exchange program alumni, who shared their experiences in the United States with the audience.  Participants described how these life-changing experiences enabled them to make a difference in their communities upon their return to Mexico.  For example, the 2015 Jóvenes en Acción team from Morelia worked with secondary students to help them with their studies to ensure that they continued their studies at the high school level.

Ambassador Jacobson then met with the members of the state’s security roundtable (Mesas de Seguridad y Justicia), which brings together civil society activists, private sector leaders and government officials from around Michoacán to address and improve security in the state.  This model of public-private partnership between government, civil society, and the private sector is an invaluable mechanism for building trust between citizens and institutions.

Reflecting on the visit, Ambassador Jacobson noted, “It’s been a pleasure learning about Morelia’s vibrant history and innovative programs, with government and civil society working together to improve the lives of their citizens. I commend Gov. Aureoles for his government’s support to the Mesas as well as municipal presidents throughout the state for their commitment to work with citizens on improving security in Michoacán. It’s a model I’ve seen work well elsewhere, and we want to do everything we can to support it.”

In front of Morelia’s emblematic cathedral, Ambassador Jacobson taped a short video about her visit, which you can view here: https://youtu.be/x69if5D2rBw. Find more information about EducationUSA services throughout Mexico athttps://educationusa.state.gov/.