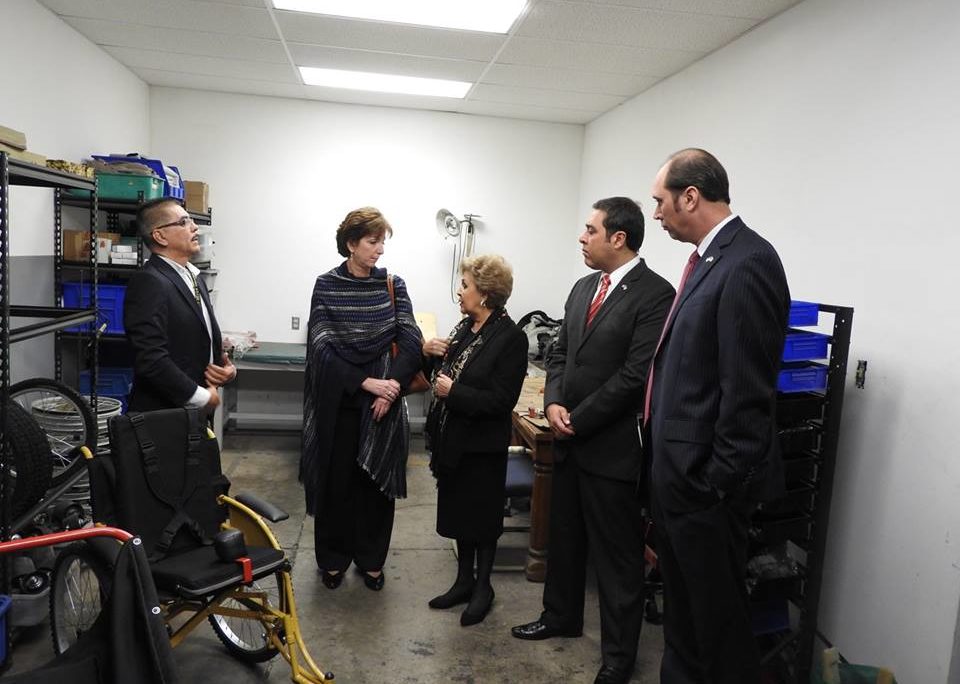 On 13 December, U.S. Ambassador Jacobson visited the Non-Government Organization Arizona Sonora Border Projects for Inclusion (ARSOBO) in Nogales, Sonora to present ARSOBO Director Franciso Trujillo with a donation of $7,000 worth of supplies and equipment on behalf of U.S. Northern Command (NORTHCOM). Today’s donation will increase ARSOBO’s ability to manufacture hearing aid molds and provide hearing aid services, in addition to their work making wheel chairs and prosthetic devices for vulnerable members of the community.  Ambassador Jacobson was accompanied by Nogales Mayor David Cuauhtémoc “Temo” Galindo and DIF President Consuelo Delgado, along with ARSOBO Board Members, representatives of Hanger, Inc., University of Arizona, Javid de Mexico, and other ARSOBO supporters from the U.S. and Mexico.

Since 2012, NORTHCOM has made three donations of supplies and equipment to ARSOBO totaling $65,000.  This directly supports ARSOBO’s core mission to help individuals with disabilities that face physical, psychological, and economic barriers by providing well-made, low-cost devices that improve their participation in and contribution to their communities.