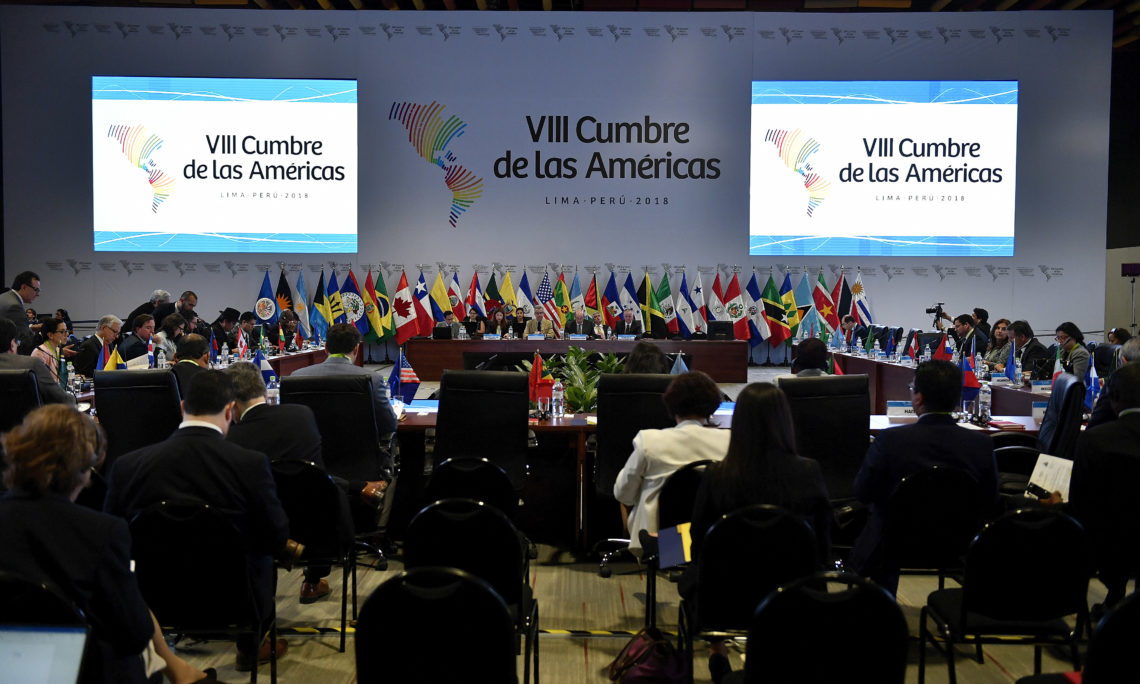 The below is attributable to Spokesperson Heather Nauert:

Acting Secretary of State John J. Sullivan and USAID Administrator Mark Green met today with representatives from Venezuelan civil society on the margins of the Summit of the Americas in Lima, Peru.

The Acting Secretary and the Administrator applauded Venezuelan civil society’s courageous defense of human rights and democracy in their country.  They also recognized the importance of civil society representatives working together to empower Venezuelan youth and to document and raise awareness about repression in Venezuela, including the rising number of political prisoners.

Acting Secretary Sullivan reaffirmed U.S. support for the Venezuelan people and their right to elect their representatives through free and fair elections.

The below is attributable to Spokesperson Heather Nauert:

Acting Secretary of State John J. Sullivan and USAID Administrator Green met today with Cuban independent civil society members on the margins of the Summit of the Americas in Lima, Peru to demonstrate support for the Cuban people in the face of continued repression by their government.

The Acting Secretary applauded the work these activists and independent thinkers do to promote a more open, free, and prosperous future for their country.  Participants from civil society noted their friends and colleagues who were prevented from attending the Summit by the Cuban government.  The Acting Secretary condemned the harassment and intimidation by state security services faced by these individuals routinely.

In light of the undemocratic leadership transition set to take place on April 19 in Cuba, Acting Secretary Sullivan reaffirmed support for the Cuban people and the call for democratic reforms to Cuba’s flawed electoral process and an end to arbitrary detention and intimidation of independent civil society.