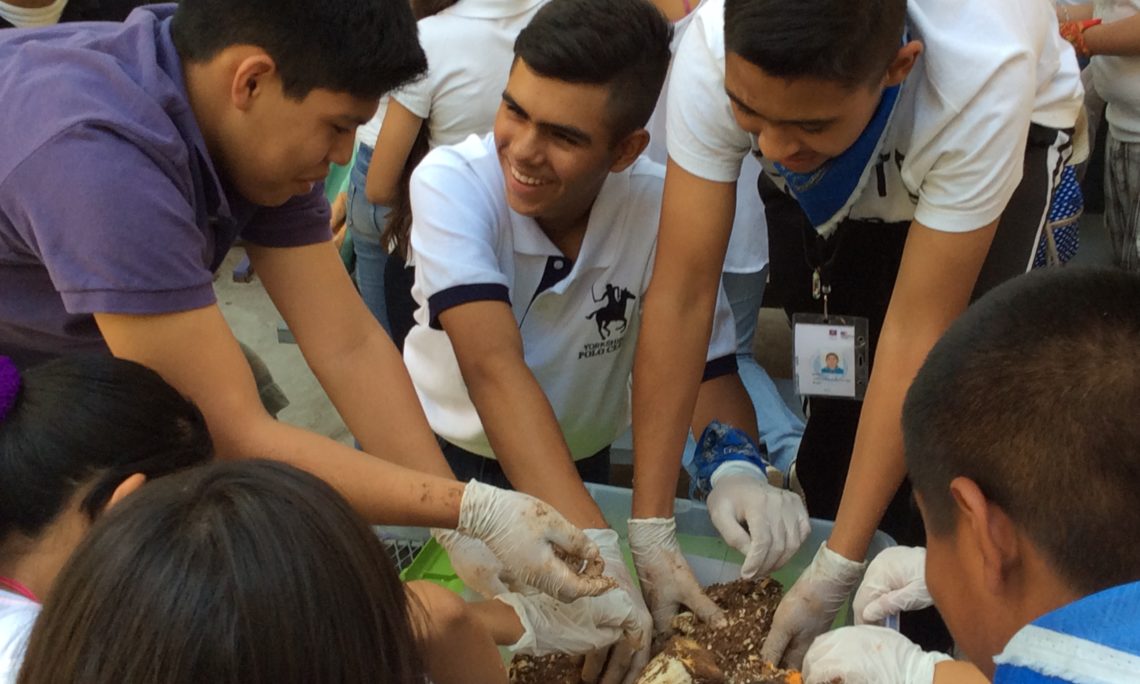 July 16, 2015 – The English professors of the Chihuahua Autonomous University (UACH), with the support and participation of U.S. officials from the U.S. Consulate General in Ciudad Juarez, held an environmental issues-focused camp July 18-19 at the facilities of the UACH Faculty of Arts. The camp brought together 60 young scholars of the Access program for two days, where they learned about the environment and climate change. Through various activities the attendees also learned about teamwork and leadership.

During the first day of camp, the Access students learned about natural ecosystems and how to make compost. Following up on a discussion held with officials of the Consulate, on the second day the youth presented projects on historical U.S. figures. The activities concluded with a fun series of environment-themed games and an award ceremony.

Public Affairs Officer Shannon Hill applauded the dedication and commitment shown by the Access students to the protection of the environment, and congratulated them for continuing to improve their English language education and their civic training.

The Access program students, ages 13-15, attend different schools in the city of Chihuahua during the week and on Saturdays take English classes as part of their scholarship.  The English Access Microscholarship Program also offers extracurricular classes in collaboration with the Benjamin Franklin Corner where students learn about American culture through cultural, sports and recreational activities.  The Benjamin Franklin Corner is a public space located at the Municipal Mediateca Library in the city of Chihuahua.  The corner offers a variety of resources on the United States, including books and videos in English and information about studying in the United States.