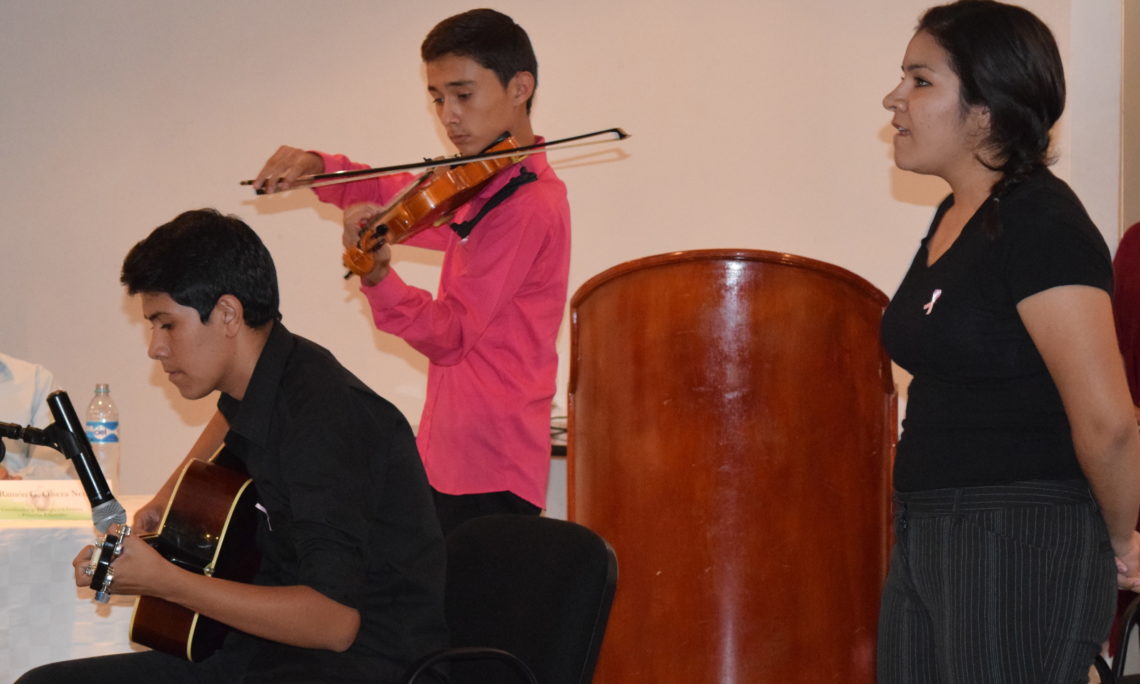 October 14, 2015 – As part of the World Music Days in honor of the late journalist Daniel Pearl, in October people around the world offer a series of concerts using the power of music to promote tolerance and inspire respect for differences.  The U.S. Consul General in Ciudad Juarez Daria L. Darnell attended an event organized by Access students in honor of Daniel Pearl World Music Days.

As part of the program, students read poems in English and performed the song Dust in the Wind by Kansas.

Since 2002, Daniel Pearl World Music Days has grown to include the participation of more than 13,000 performances in 132 countries.  Daniel Pearl World Music Days was created in response to the kidnapping and murder in 2002 of Wall Street Journal reporter Daniel Pearl at the hands of extremists in Karachi, Pakistan.  The family and friends of Danny came together to work for a more humane world, forming the Daniel Pearl Foundation. The mission of the foundation is to promote cross-cultural understanding through journalism, music and innovative communication.

The Access program students, ages 13-15, attend different schools in the city of Chihuahua during the week and on Saturdays take English classes as part of their scholarship.  The English Access Microscholarship Program also offers extracurricular classes in collaboration with the Benjamin Franklin Corner where students learn about American culture through cultural, sports and recreational activities.  The Benjamin Franklin Corner is a public space located at the Municipal Mediateca Library in the city of Chihuahua.  The corner offers a variety of resources on the United States, including books and videos in English and information about studying in the United States.