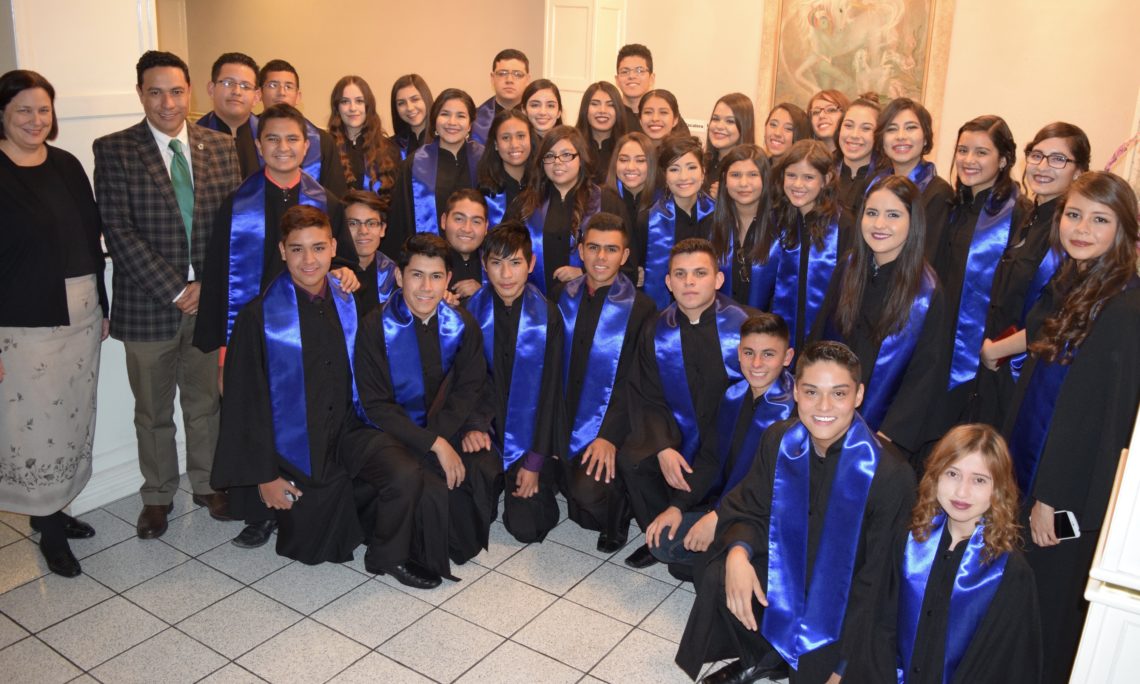 The graduation ceremony of the English Access Microscholarship Program took place in the city of Chihuahua in the presence of representatives of the U.S. Consulate General, the Chihuahua Autonomous University (UACH), the Benjamin Franklin Corner, parents, and other guests.  Through this program, outstanding young people from Chihuahua between the ages of 13 and 15 took intensive English classes for two years taught by UACH English Department Faculty.  In collaboration with the Benjamin Franklin Corner, the students also participated in  extracurricular activities where they learned about American culture through cultural, sports and recreational activities.

The U.S. Consul General in Ciudad Juarez Daria L. Darnell and the representative of the UACH President, Professor Alma Belem Trejo Arteaga, were present at the ceremony during which they congratulated the 39 graduates and presented them with certificates. Program coordinators and implementers also attended the ceremony.

The U.S. Consul General offered remarks in English to the young people, congratulating them for their achievements, and remembering past events spent together, such as a celebration of the Daniel Pearl World Music Days.  “Access is a program to learn English and learn about the United States, but you have also taught us at the Consulate, about your community, your country and yourselves,” said the Consul General.  Consul General Darnell also thanked the UACH teachers for their dedication and commitment.

Since its inception in 2004, approximately 95,000 students in more than 85 countries have participated in the English Access Microscholarship Program.  In Mexico, the program was launched in 2009 and that same year, six groups started the program in three states.  More than 600 Mexican students have benefited from the Access program since its launch.  This is the first time that the English Access Microscholarship Program has been implemented in Chihuahua.